Recently I had posted the pictures of the art galleries at the Tacoma Art Museum from our visit last year. In one of the galleries these vivid stones were placed. I enjoyed their unique and bright colors.
Sharing here for the Weekly Photo Challenge.

Today I would like to share the art galleries at Tacoma Art Museum. We visited this museum last fall. Though I am not an art lover we still decided to visit this museum. It was a rainy weekend and we had to do some activity and head outdoors.

We drove to Tacoma and pulled in at the parking lot at the base of the museum. There are different galleries in the museum and we bought our tickets and started to explore. They allow photography without using flash. 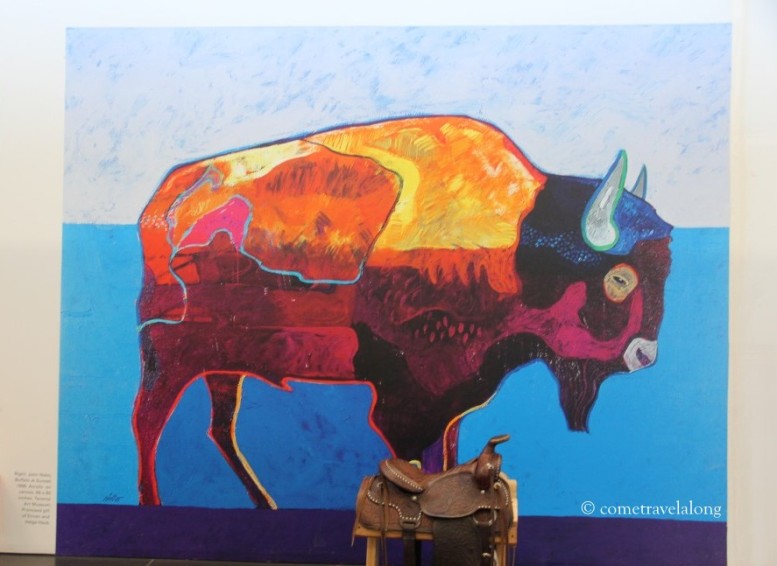 As we walked towards the galleries this bison painting on the wall attracted my attention. There is a saddle next to it to sit and click pictures with the bison. I got one mine too.

There are huge glass balls at one side of the passage.

This huge dog is placed at the entrance of one of the galleries. It is made out of cardboard and some kind of nails.

This painting is titled as ‘Spanish Couple.’ More details about the art and artist is shared. 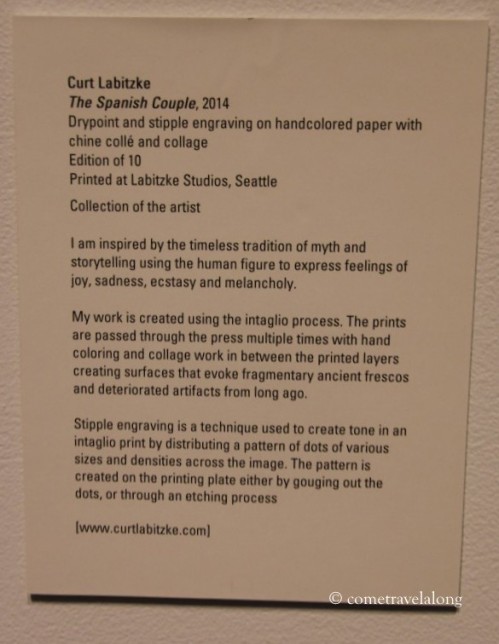 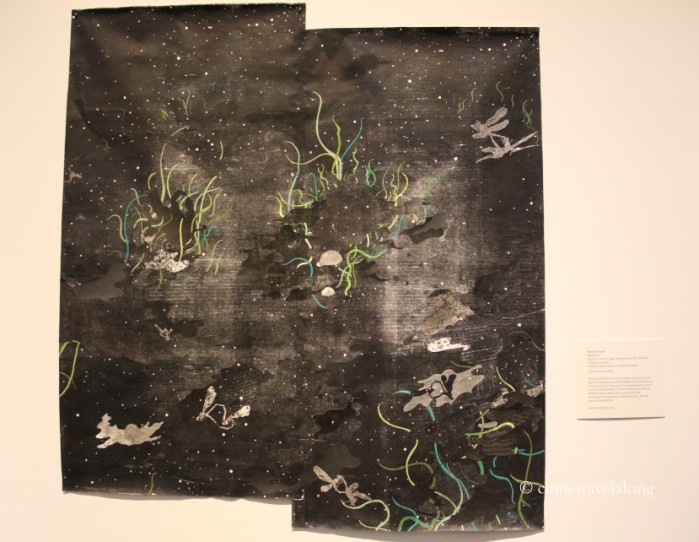 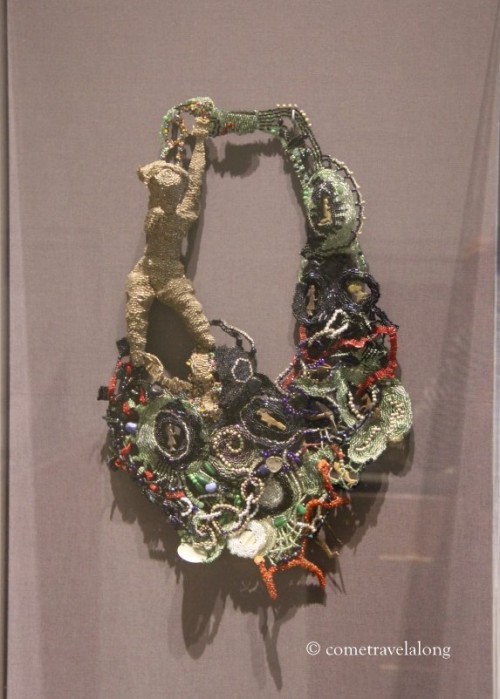 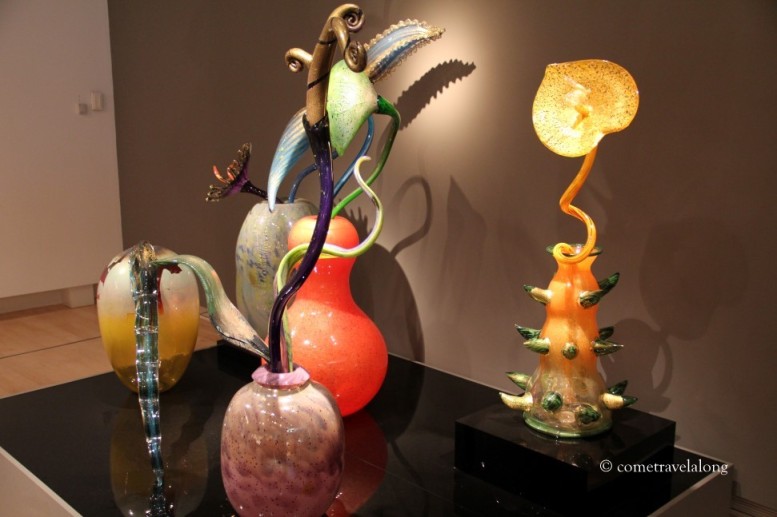 The museum also holds Dale Chihuly’s exhibit as he hails from Tacoma. Chihuly is well known here for his unique art with blown glass.

His art is featured in their permanent collection. 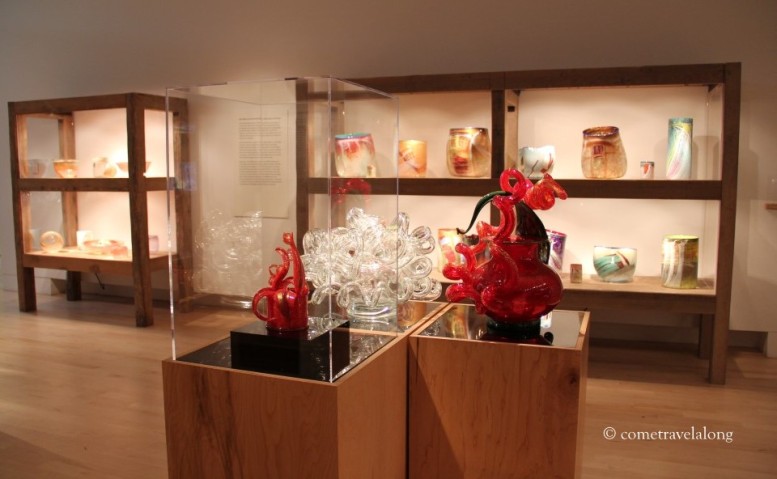 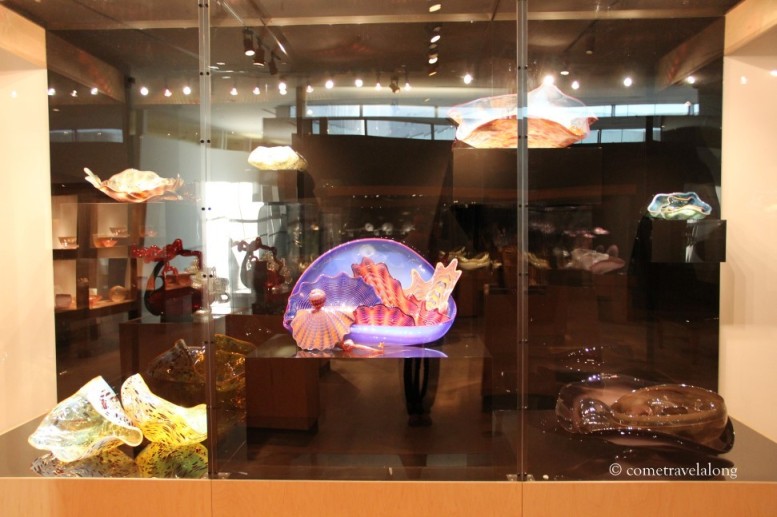 This was perhaps the best gallery at the museum. 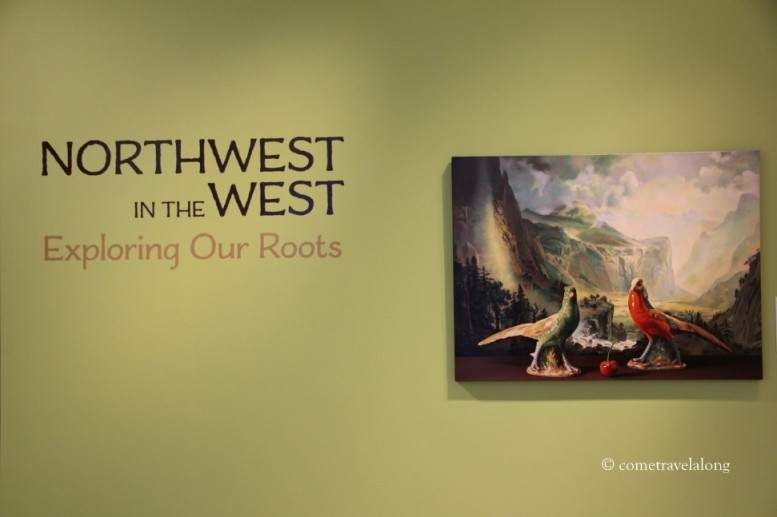 We moved towards the modern art gallery. 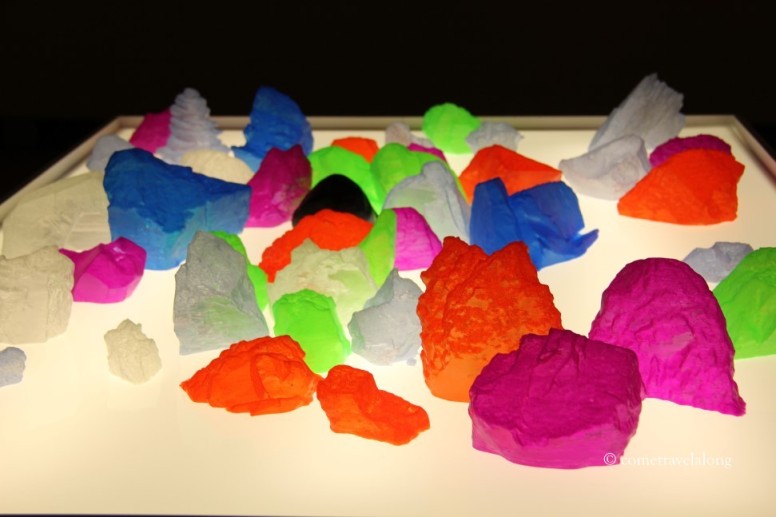 The museum has a cafe and a store. The view from the top floor is beautiful. As this is located in Tacoma downtown we could have a glance of the Union Station from the glass window. 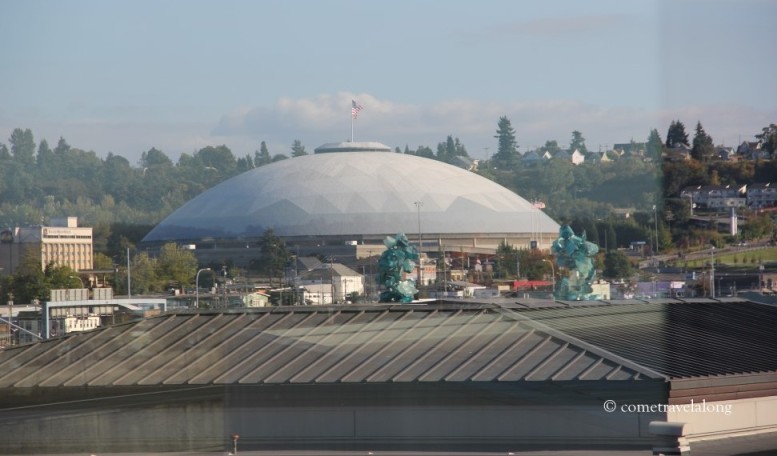 The rain had stopped and the Museum of Glass and Mt. Rainier was visible in the distant. Overall it is a nice museum with wide array of art.

We visited this museum recently. On reaching one of the members from the staff greeted us. He offered to narrate a brief about the history of hydroplane racing in Seattle and the existence of the museum. He possessed great knowledge of the boats and their histories. There were not many visitors around.

We then moved around and looked at the displays, artifacts, models and old photographs. We found plenty of hydroplanes, engines and history around.

This museum has a good selection of boats and the exhibits include some famous race boats as The Slo-mo-Shun V, the Miss Bardahl, Miss Budweiser, Miss Wahoo, a 1956 Unlimited hydroplane once owned by Bill Boeing Jr. There is even a replica of Miss Detroit III, Gar Woods’ 1918 Gold Cup winner. 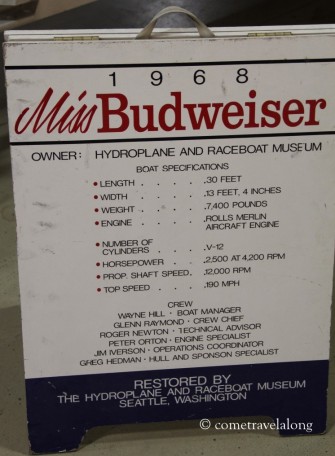 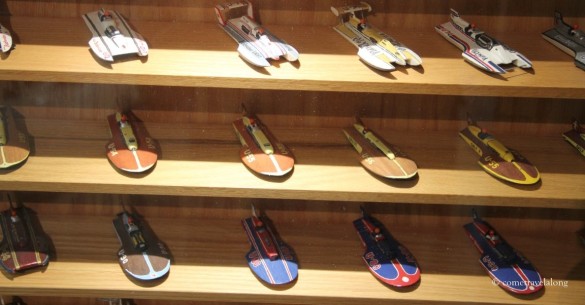 There is also a chance to sit in one of the boats on exhibit. I got a photograph of myself in the raceboat.

There was also a Boeing hydroplane in their workshop which they offered us to look at. 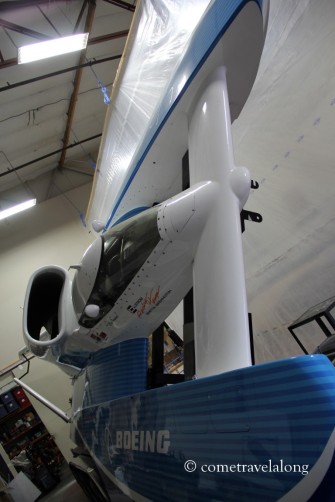 Outside the workshop there was a small fun game of boat racing being played by couple of individuals.

This is a small museum in one of the industrial areas. I would recommend this museum for someone who has knowledge or interest in unlimited hydroplanes and raceboats as one will find legendary boats from 1918 into the modern era.